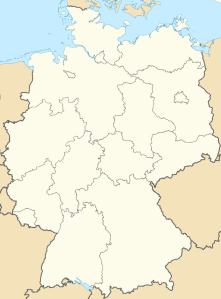 German states (länder) of the German Federal Republic.  German federalism is a successful model that Ukraine could follow as an example.

Federalism in Ukraine has been discussed in a previous entry on this publication, but now I wish to highlight a practical example that Ukraine could follow in this regard: Germany.

Germany is a state much like Ukraine with broad regional divisions. Catholics from Bavaria and the Rhineland are largely concentrated in the south and west respectively. Protestants are primarily concentrated in the northwest. The former East Germany, located in the northeast, is largely secular. Yet somehow all of these groups manage to get along in a single, federal state with a strong central government in Berlin. The states (länder) are self-governing with their local representatives directly elected by the people. Meanwhile, it is Berlin that regulates the foreign, economic, and security policy of the German Federal Republic as a totality.

The German example is one that Kiev could follow.  This would make each of Ukraine’s oblasti self-governing in the same way that the länder are in Germany.  Each would have their local governors elected directly by the people, not appointed by official Kiev. For example, if the people of Poltava oblast do not want to be represented by Svoboda, then why should Turchynov or Yatsenyuk appoint a Svoboda party member to represent them? The people of Poltava should instead elect their own governor who best reflects their views and interests, not some appointee from Svoboda.

Each would also be able to regulate their own language policy. Again, to use the example of Zakarpattia, that oblast could have Ukrainian and Rusyn as co-official languages with Hungarian, Romanian, and Russian as minority languages. In another example, the languages of the Odessa oblast could be Ukrainian and Russian co-official, with Bulgarian, Romanian, and Yiddish minority languages.

At the same time, it would be official Kiev that would regulate the country’s foreign, trade, economic, and defense policies. It would be the best of all worlds. The people would finally have a say in their government, and at the same time Kiev would still have the ultimate say on the most important issues. Following the German federal model like this would be a good model for Ukraine, especially in this time of crisis.