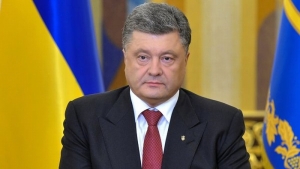 Today, on 24 August, Ukraine will celebrate its independence from the Soviet Union. Yet, if one observes the developments in Ukraine for the past two decades, it quickly becomes apparent that there is very little to celebrate. In the 23 years since the breakup of the USSR, more than seven million people have emigrated from the country. Now, as the conflict in the Donbas continues, that figure is over eight million and, with Russia’s incorporation of Crimea, this number becomes nine million. Between the 2004 Orange Revolution and the recent Maidan Revolution alone, approximately four million people have departed from Ukraine.

Additionally, the Ukrainian economy is in decline and default and, today, it stands on the precipice of total collapse. Even IMF-sponsored “reforms” will not be enough to bail out Ukraine’s mammoth debt and the added “bonus” of IMF-backed austerity will send the population reeling. Likewise, corruption has not halted at all in Ukraine, and has only become worse. Even the Maidan Revolution was not able to fundamentally change this problem in Ukrainian society. Today the Ukrainian political elite remains just as corrupt as it was when the Maidan Revolution broke out in November 2013. In the Rada, fist fights between rival politicians continue and it is unclear whether or not Maidan has also eased the country’s problems with poverty, unemployment, human trafficking, or organized crime.

Since the 2004 Orange Revolution, the divisions in Ukrainian society have become worse. The Ukrainian nationalists of Galicia today hate Russia or anything Russian-oriented with greater intensity than ever. By contrast, those Russian-speaking Ukrainians in South and Eastern Ukraine continue to reject any notion of membership in NATO or the EU, and they refuse to sever any ties with Russia. Meanwhile, divisions persist among Central Ukrainians while the Rusyns of Zakarpattia view the situation with exasperation.

In the Donbas, war between official Kiev and pro-Russian rebels has given way to a humanitarian catastrophe. Throughout the conflict, Kiev’s forces, including rogue far-right militias like the feared Azov battalion, have relentlessly shelled and attacked civilian infrastructure and the area’s Russian-speaking civilians. Refugees have fled en masse to Russia while others have escaped into more peaceful regions of Ukraine. Thousands died in the conflict, not only civilians, but also Ukrainians from other parts of Ukraine who were recruited to fight against their own ethnic kin. Families have become ideologically split over the conflict, while the industry in the Donbas, which is so crucial to Ukraine’s economy, has come to a total standstill. Cities like Slavyansk are in ruins. Everyday livelihoods of neighborhood bakers, doctors, and others have been disrupted. Daily institutions like grocery stores, pharmacies, banks, and schools have been destroyed or closed. Questions still remain unanswered with regard to the tragic shootdown of the MH17 Malaysian airliner.

Now, as Ukraine prepares to celebrate its 23rd independence day, reports are rife that the government of President Petro Poroshenko will seek to capture the city of Luhansk at any cost. This inevitably means more attacks on civilians, more indiscriminate shelling, and more destruction. Instead of working to declare an “independence day peace,” he is instead alienating more of his citizens against him. As a catastrophe consumes the Donbas and problems persist throughout the rest of Ukraine, including an impending economic collapse, ordinary Ukrainians will inevitably ask: “What is there to celebrate?”