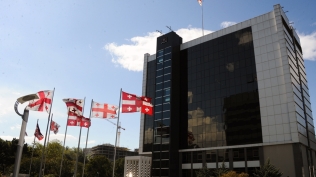 Sparks flew in Georgian politics recently when the Georgian Defense Ministry issued a statement in connection with the death of Aleksandr Grigolashvili, also known by his nom de guerre “Chuzhoy.”  A Georgian citizen and former soldier, Grigolashvili, joined a formation known as the “Georgian National Legion” to fight in the Donbas. He died near Luhansk on 19 December. Notably, Georgians, like Chechens and Armenians, can be found on both sides of the Ukrainian conflict. The “Georgian National Legion” that Grigolashvili joined is ideologically pro-Saakashvili and pro-Kiev.  Through the legion, Grigolashvili fought with the controversial Aidar Battalion which has been accused by Amnesty International of war crimes, including “abductions, unlawful detention, ill-treatment, theft, extortion, and possible executions.”

The statement from the Defense Ministry placed “full responsibility” for the death on “representatives of previous authorities, who are calling on Georgian citizens to take part in military operations outside of our country.” It further emphasized that the Defense Ministry “has noted for more than once that such calls are irresponsible and aim at misleading active and former servicemen of the Georgian armed forces.” It called on Georgian citizens “not to yield to provocation and not to endanger their own lives in exchange of various offers.” 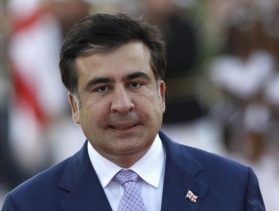 The statement is indeed grounded in reality. Earlier in December, Saakashvili accused the Defense Ministry of pro-Russian sympathies and that “many Georgian officers are left without any other option but to go and continue service in friendly Ukraine, which fights the war against Georgia’s enemy.” The Defense Ministry refuted this statement.

In addition, the pro-Saakashvili television network, Rustavi-2, which was instrumental in the success of the 2003 Rose Revolution, has been vocal in its support and encouragement of Georgians fighting in Ukraine. Members of Saakashvili’s United National Movement (UNM) party have likewise been vocal in this regard.

The release of the Defense Ministry’s statement triggered considerable protest, led by Saakashvili but also supported by Irakli Alasania, Davit Usupashvili’s Republicans, and pro-Western NGOs. Politicians from the UNM alleged that the statement was in “Russia’s interests” and that the pragmatists in the ruling coalition were “Putin collaborationists.”

Seeking to calm the situation, Garibashvili called the statement a “mistake.” The Defense Ministry subsequently apologized for the statement, claiming that it was the responsibility of lower level officials.

However, Alasania and his ally, former Foreign Minister Panjikidze, say that this is not enough and they want those responsible for the statement to “stand trial.” Panjikidze also called the statement a “catastrophe” for the government. Official Tbilisi dismissed such assertions. Additionally, Usupashvili’s Republicans too are increasingly vocal in their criticism of Defense Minister Mindia Janelidze, and Saakashvili’s UNM is calling for his outright dismissal. Janelidze has only been in the post for less than two months and is unlikely to resign.

Georgian President Giorgi Margvelashvili, who has used his position to act as a mediator between the pragmatists and the pro-Western hawks, urged for calm. “I think we should give him [Janelidze] an opportunity to voice his position. We should have a bit calmer reaction on issues like this,” he said.

The stir around the MoD’s statement and calls for resignation of batoni Mindia [Janelidze] is completely incomprehensible for me; I think this is not a serious talk and I want to say to everyone that perhaps it would be more reasonable to put an end to such talk and this hysteria.  The fact that UNM’s call has caused such a stir is very irrelevant, as well as insulting and underrating for our Defense Ministry.

The controversy over the statement reveals the difficult position of Georgia’s pragmatists, led by Prime Minister Garibashvili. The vast majority of the Georgian population supports them (especially in the regions).  However, they are opposed by a very vocal minority of pro-Western political parties (the UNM, Free Democrats, and Republicans) and pro-Western NGOs.

These pro-Western hawks also have representation in parliament that is proportionally higher than their actual electorate. In addition, they have support from influential Western politicians, especially in Washington as recent support for former President Saakashvili illustrated.

Consequently, the line that the pragmatists have to tread is difficult. Recently former Prime Minister Bidzina Ivanishvili, who supports the pragmatists, stated that Georgia’s “geographical position as well as internal and regional problems put us in a rather difficult situation; however, all resources to achieve our common and long-cherished goal [of a prosperous state] are in our hands today.” He also added “the former authorities, who now represent the opposition, still endeavor to put pressure on our people; although all their attempts to do this have ended in failure thus far.”

Yet, despite the challenges, Prime Minister Garibashvili is fully committed to keeping Georgia balanced. Throughout this past year, the Prime Minister has proven himself to be very much to be his own man, contrary to opposition allegations of him being an “Ivanishvili puppet.”

In fact, Garibashvili continued balancing his government’s pursuit to normalize ties with Moscow while keeping the pro-Western hawks at bay. Further, in the aftermath of the Alasania scandal in November, it was Garibashvili who single-handedly managed to keep the coalition together and to avert a crisis.

Also under Garbashvili’s watch, the Georgian economy grew. Even in recent months, when the lari suffered a fall in connection with the depreciation of the ruble, the government managed to stabilize the situation.

With regard to the Abkhaz and the Ossetes, Garbashvili’s conciliatory statements and actions have helped to build confidence more so than any other political leader in Georgia’s post-Soviet history. Sadly, his overtures were complicated by more bellicose and provocative steps taken by former Defense Minister Alasania. Still, the fact remains that Garibashvili is firmly and sincerely committed to the restoration of Georgian unity through peaceful and pragmatic means.

Garibashvili’s government has had more difficulty in its relations with Ukraine. In particular, the new Kiev government’s proximity to former President Saakashvili, who is wanted in Georgia for abuse of office, has alarmed Tbilisi’s pragmatists. Relations recently went from bad to worse when the Poroshenko government decided to appoint Saakashvili political allies to top government posts. 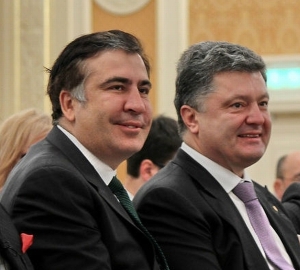 Poroshenko even considered making Saakashvili himself Deputy Prime Minister, a position that the former Georgian President eventually declined. The decision to appoint Saakashvili allies also sparked indignation in Ukraine due to the fact that they were foreign citizens to whom Poroshenko had to grant immediate citizenship.

Responding to the appointments, Garibashvili emphasized that the presence of Saakashvili-era officials in the Kiev government was damaging relations between Georgia and Ukraine. He found it incomprehensible that Kiev would be interested in appointing Zurab Adeishvili, the Saakashvili-era Justice Minister who is wanted by Tbilisi via an Interpol Red Notice, to an official position. He also accused Saakashvili’s former Healthcare Minister, Aleksandr Kvitashvili, who was appointed by Poroshenko as Kiev’s new Healthcare Minister, of “destroying the Georgian healthcare system.”

Though he is experiencing difficulties with Ukraine, Garibashvili remains committed to restoring relations with Russia. At his recent marathon press conference, Russian President Vladimir Putin reiterated his readiness to meet with the Georgian political leadership.  “We are ready to move in this direction,” said Putin, “and if the Georgian government considers it possible, we will be glad to see any representative of the Georgian leadership – the President or the Prime Minister, in Moscow.”  In response, Garibashvili announced that the Georgian government is now officially ready for such a summit, which may take place in 2015.  Such a meeting would be a positive step forward for regional security, cooperation, and stability.

Regardless of what finally happens, Garibashvili must be cautious and pragmatic while simultaneously keeping Georgia’s national interests at the forefront. If this past year is any indication, the 32-year-old Prime Minister is certainly up to the task.

UPDATE (29 December 2014): On Friday, Georgian Defense Minister Mindia Janelidze spoke about the controversial Defense Ministry statement, again emphasizing that it was a mistake.  Meanwhile, in the Georgian parliament, a brawl erupted, instigated by an MP from Saakashvili’s UNM.  On Monday, the Georgia’s Chief Prosecutor Giorgi Badashvili stated that Tbilisi will spare no effort to convince Interpol to issue a Red Notice for former President Saakashvili.

Further commenting on the Defense Ministry statement controversy at a recent press conference, Prime Minister Garibashvili remarked that the government seeks to only grant humanitarian aid to Ukraine, not military assistance.  He noted that the government has “strongly distanced itself” from those Georgians fighting in eastern Ukraine. One reporter from the pro-Saakashvili Tabula magazine then asked Garibashvili whether or not “Putin was the common enemy of Georgia and Ukraine.” Garibashvili refused to answer the question, stating that it was a “reckless provocation” prepared by Saakashvili and the UNM. He maintained that:

The fact that former president Saakashvili, who is charged with multiple crimes, and his team were calling on Georgian soldiers – and they were negotiating it in their private conversations – to give up their Georgian citizenship, to quit Georgian armed forces and go to Ukraine, because of high payment there – it is a direct treason and calls for betrayal, I am saying it with full responsibility.

As for the Defense Ministry statement, Garibashvili remarked:

I said that the Ministry itself should not have made such statement, but if the minister or a politician had made such a statement, there was nothing unusual written in that statement.

What the former president is doing is a direct provocation. It is a betrayal to call on a soldier of your country to quit the armed forces and to serve and fight elsewhere in exchange of payment. This is a betrayal.

Emphasizing the government’s responsible position to the pro-Saakashvili Tabula journalist, he added:

There is extremely difficult situation in the region. Ukraine is in flames. Your favorite Saakashvili has only one thing on his mind – to cause conflict and unrest in Georgia and to lead Georgia into armed confrontation with Russia. This is the enmity against our country and our people and we will not allow it happen; we are the responsible government… I assure you with 101% that Georgia would be in war now and in a worse situation than Ukraine is, if Saakashvili and his sect – [and the UNM] has turned into sect, because only those [who] are left there… are tied to each other with ideology… – were still in power.