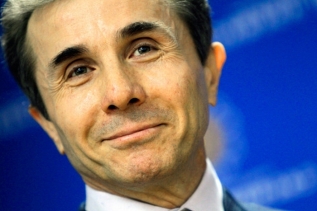 Commenting on the case, Ivanishvili emphasized that it was not a crisis.

“There were some problems which were not pleasant,” he stated, “but this is not a political crisis of the government. There were some signs but all problems have practically been solved.”

“Of course in a short-term perspective,” he added, “there is nothing good in what has happened, but after everything settles and all the questions are answered, I do not think that it will harm the country in the strategic [long-term perspective] and it even might be good. At least we should try to turn it into benefit for the country.” 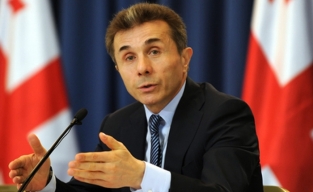 He also accused the media, especially the UNM-backed network Rustavi-2, of hyping up the issue. The billionaire has set his own sights on hosting a talk show on Georgian television. “There is a vacuum in objective information and objective analysis,” he said, “which misleads many experts.” He added that he hopes his new television program will adequately address that concern.  In this regard, he has started “2030,” a new organization which derives its name from Ivanishvili’s vision of realizing a prosperous and advanced Georgia within 20 years. The organization will reportedly “prepare analysts” to appear on Ivanishvili’s new television program, which would also be called “2030” and which would be broadcast weekly for about an hour.

Ivanishvili also spoke about relations with former Defense Minister Irakli Alasania, calling his allegations about the Defense Ministry “irresponsible.” With regard to the case, he noted that Alasania still has not addressed “serious questions” over the way in which the Defense Ministry handled the money and noted the suspicious haste in which ministry officials paid contract costs to winner companies in advance.

“The question is why the ministry hurried to make payment in advance, when it has no money for ammunition?” Ivanishvili openly wondered. 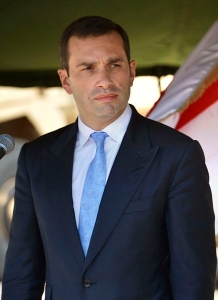 In the meantime, Alasania was elected the official party chairman of the Free Democrats on 8 December. He pledged to bring the party to victory in the 2016 parliamentary elections and also gave a strong diatribe against Russia and what he called Russian “imperial fundamentalism.” Calling Georgia a “sworn enemy” of Russia, the hawkish Alasania declared that “today Russia continues implementing its imperial fundamentalist ideas and plans in Ukraine.”

In response to Alasania’s election as chair of the Free Democrats, Ivanishvili stated, “I told him [at the 7 November meeting] that it was not worth it to be elected party chairman in such a situation. Speaking simply, when there are many questions about a leader, the latter must not damage his party and team members. Even if he was the party chairman, he should have resigned. But on the contrary, he was elected chairman and this is a wrong decision from my point of view.”

Ivanishvili said that he “respected” the Free Democrats but that they left the coalition “at the wrong time and for the wrong reason.” However, he maintained that this was not unusual since parties leave coalitions in “all democratic countries” and that “we should use all events for the benefit of our country.” Ivanishvili also said that he was not a “revenge-seeking person” and that he had “nothing personal” against Alasania and that he wants him to have a “good future.” 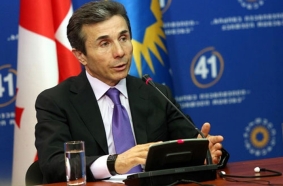 “I wish them [the Free Democrats] success, there are many friends in the party.” He added that the “positive side” of the split of the Free Democrats is the emergence of a “constructive opposition” inside and outside of Parliament, “unlike [Mikheil Saakashvili’s] UNM.”

Ivanishvili also addressed his intervention in the recent scandal noting that such occurrences were and continue to be very rare. “God forbid – something disastrous should happen in order [for my intervention] to become necessary.”

Ivanishvili then discussed criticism in this regard from President Margvelashvili. Though Margvelashvili sided with the pragmatists in the Alasania scandal by not challenging the dismissal of Alasania, he has also stated, in an apparent jab to Ivanishvili, that “the country should be ruled with strong institutions and not from the backstage.” His comment came amid a falling-out between the President and the billionaire. 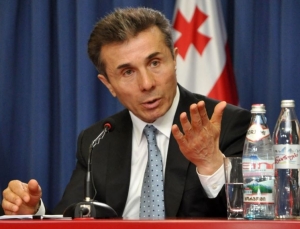 It is just impossible to rule the government from the backstage; who has any slightest idea of management, [knows] that it is impossible to manage the government from the backstage. I was in Ureki [at his Black Sea dacha] for six months and I’ve seen Garibashvili only once. Now look at this from my perspective – how [this allegation] insults me. How can you imagine me – with my biography and my past, I did as I said: I came [into power] and then quit… If I wanted to be in politics I could have stayed, who was obstructing me?

As time goes by, Irakli [Garibashvili] is disturbing me less [with questions] and I am very happy about it. If previously he was calling me on phone once in a month or week, now two months can pass without him calling me. 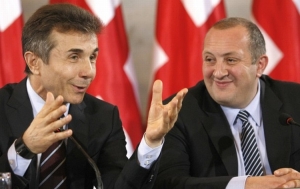 He also returned to earlier criticism of Margvelashvili, such as his decision to take up residence in the Saakashvili-era glass-dome presidential palace and for also allegedly holding up the declassification of Saakashvili’s controversial spending records. He said that even though he does not “have much suspicion” of Margvelashvili being in collusion with the UNM, “his actions and interests are very much consistent with those of the [UNM].” Indeed, Margvelashvili’s loyalties appear to oscillate between the pragmatists and the hardliners in Georgia depending on how a given situation develops, though he remains in favor of peaceful dialogue with Moscow.  Most of all, it is clear that he seems to simply relish the idea of being “the President.” 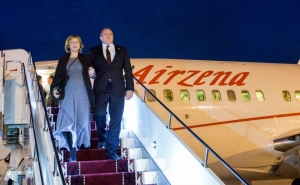 Relishing the Presidential post, Giorgi Margvelashvili arrives with his wife Maka Chichua in Bishkek, Kyrgyzstan on his way back from a visit to Japan. (Press office photo)

It is unclear what the precise outcome of the ongoing row between Margvelashvili and Ivanishvili will be. There could be a direct meeting between the two in order to create a common dialogue that will resolve their differences. An alternative might be that Margvelashvili, who is not a member of the Georgian Dream or any other party, steps down from his post. A third scenario would be the status quo, in which Margvelashvili will remain as President and continue periodic conflicts with the government, acting as a “decision maker” and a “wild card” factor in Georgian politics. For the time being, this third scenario appears to be most likely.

Aside from Margvelashvili’s veto, Ivanishvili did not comment directly on the debate regarding surveillance regulation in Georgia, though he generally praised the Interior Ministry and appeared to lean more toward their position on the issue. 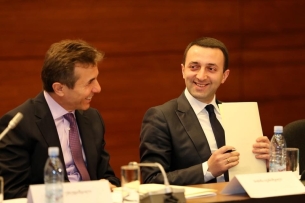 Additionally, Ivanishvili praised the work of Prime Minister Garibashvili in responding to the Alasania scandal, calling him “a very strong individual and a very strong practitioner.” However, he did criticize Garibashvili’s remarks on Alasania, which he said were “unacceptable” but which he attributed to “emotionalism” and “inexperience.” Still, he emphasized that, as a Prime Minister, Garibashvili is “very sincere, very efficient and energetic” and that he “works round the clock.”

Overall, Ivanishvili’s assessments appeared largely balanced, measured, and sensible. He was cool, calm, and in control in his responses. The interview, broadcast on Georgian public television, likely will have the overall impact of heightening his popularity in Georgian society. By contrast, Alasania, who still commands a popular following, will likely see his credibility eroded by this most recent scandal, while Mikheil Saakashvili and his UNM – despite a planned upcoming rally – appear more politically marginal than ever.

Overall, Ivanishvili remains a true Georgian patriot and perhaps the greatest statesman Georgia has seen in its recent political history. Thus his interview is important for those closely following developments in Georgia, the Caucasus, and the former Soviet space.