Regarded as a pro-Western hardliner within the context of the Georgian Dream, Alasania had uneasy relations with the rest of the ruling coalition. These date back to at least January 2013 when Alasania was demoted from the post of First Deputy Prime Minister by then-Prime Minister Bidzina Ivanishvili. Ivanishvili also favored Giorgi Margvelashvili for the post-Saakashvili presidency, passing up Alasania’s long-time ambition for that post. Disagreements emerged between Alasania and Ivanishvili on the future political course of Georgia, with Alasania favoring a strong presidential system and Ivanishvili favoring a parliamentary one. A pragmatist interested in resetting ties with Russia, Ivanishvili also did not trust Alasania due to the latter’s more hawkish stance on relations with Moscow.

Following this, the ruling coalition continued to face tensions with Alasania, who practically managed the Defense Ministry as his own autonomous structure. This deprived the pragmatists in the ruling coalition of control of a critical institution, which Alasania used to push Georgia toward a renewed confrontation with Moscow. Among other things, Alasania played host to visits from major American security figures like Defense Secretary Hagel and NATO commander Breedlove. Such moves, together with the recent granting to Georgia of a “NATO aid package,” further alienated Georgia’s breakaway regions of Abkhazia and South Ossetia. Above all, they aggravated and antagonized Russia, which regards NATO expansion as a threat to regional security.

When Moscow officially expressed its concern about a potential NATO presence in the Caucasus on 9 October, Alasania responded that same day, claiming that Russia and its “aggression against Ukraine” represented the only “big threat” to the region. He further stated that Tbilisi would never “bow” to a “diktat” from Moscow over establishing NATO training facilities on Georgian soil.

Such remarks likely embarrassed pragmatists in the ruling coalition who seek improved relations with Russia. When asked by reporters whether or not he agreed with Alasania’s statements, Prime Minister Garibashvili only responded, “Alasania and [his political ally] Petriashvili are members of our government.”

Moscow’s response to the rhetoric was to enhance ties with Georgia’s breakaways and to propose a controversial treaty of “Alliance and Integration” with Abkhazia. The text of the proposed treaty sparked negative reactions in Georgia and Abkhazia. It also communicated to Tbilisi that if it did not take Moscow’s concerns with NATO seriously, then it may lose any remaining chance at reconciliation with the Abkhaz permanently.

The corruption cases against the Defense Ministry officials and the subsequent political scandal occurred within this context. However, the rhetoric of Alasania against the government, claiming that the prosecutions represented an “attack” on Georgia’s European integration, was the breaking point.

This was more than the pragmatists could bear. Prime Minister Garibashvili sacked Alasania and replaced him with Mindia Janelidze.  In his subsequent remarks, Garibashvili harshly and openly criticized the former Defense Minister as a “traitor” and as an “adventurer, stupid and ambitious.” He added:

Personally for me what Alasania has done is a betrayal of the October 1, 2012 victory [of the Georgian Dream in the parliamentary elections]. This is yet another attempt to deceive the Georgian people – he has done it more than once previously and our population will see it, they will see many surprises.

…We are not afraid of adventurers like Alasania… and we will of course easily overcome these absurd obstacles. What he has done, which was done in Saakashvili’s style, raises many questions.

…I want to firmly state to our population that we are the strong state, we are united, strong government and our strength is demonstrated in our democracy; our institutions work properly and there will be no obstacles either in the government or in the Parliament. There is no threat of crisis whatsoever. We will have strong majority in the Parliament and the government will continue to work with more efficiency.

On the other hand it’s not bad – the sooner such traitor people would have been sidelined from our team, the better for us and our people and the country.

Alasania’s dismissal prompted an official split of his party, the Free Democrats, from the Georgian Dream coalition. It also prompted the resignation of Alasania loyalists Foreign Minister Maia Panjikidze (Alasania’s sister-in-law), State Minister for Euro-Atlantic Integration Aleksei Petriashvili, and Georgia’s Representative to NATO Levan Dolidze. Notably, Georgia’s Justice Minister Tea Tsulukiani, stayed loyal to the ruling coalition, despite rumors that she too might resign given her association with Alasania’s party. 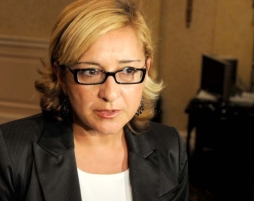 Initially, some of Panjikidze’s deputy ministers in the Foreign Ministry resigned as well, including Tamar Beruchashvili and Davit Jalagania. However, through person-to-person meetings and swift political maneuvering, Garibashshvili managed to persuade almost all of these deputy ministers to reconsider their decisions and stay loyal to the ruling coalition. The only exception was Davit Zalkaliani, Georgia’s representative for the Geneva talks with Russia, Abkhazia, and South Ossetia.

It is rumored that Beruchashvili may replace Petriashvili, though Garibashshvili has neither confirmed nor denied this. The position of Foreign Minister also remains vacant. A possible contender for that post might be Georgia’s current envoy to Russia, Zurab Abashidze. One of the country’s most experienced diplomats, his presence would give Tbilisi more gravitas in international affairs.

Overall, Garibashvili’s moves, combined with his continued reassurances on Georgia’s “European course” managed to maintain the stability of the Georgian government and to avert a potential political crisis.  Only one year into his tenure as Prime Minister, the 32-year-old Garibashvili has already begun to come into his own and prove himself to be a truly effective and pragmatic political leader, with Georgia’s best national interests at heart.

Further, Georgian President Margvelashshvili, abroad in Austria, likewise commented on the situation.  Despite prior disagreements with Garibashshvili, he appeared to side with the pragmatists and did not challenge Alasania’s dismissal. For his part, the philosopher-president called for a meeting to be convened to assess the progress of Georgia’s European integration. At the same time, in recent weeks, he has continued to signal interest in a pursuing a one-on-one meeting with Russian President Vladimir Putin. This was proposed by Putin himself during the Sochi Winter Olympics in February, but still remains unrealized.

Ivanishvili himself weighed in on the Alasania scandal. On 7 November, he met with Alasania in a closed-door meeting at his business center. The precise details of the discussion were not disclosed, though after the meeting, Alasania stated:

We have exchanged views about the current political situation in the country. It was a very frank conversation. An agreement was reached that we should proceed the political process in a way that will not damage the state – that was mainly the substance of our conversation. We discussed many issues, but it will naturally remain between us.

The departure of Alasania and his Free Democrats has significantly minimized the presence of the hawk faction in Georgia’s ruling coalition. The Republican Party of Parliamentary Speaker Davit Usupashvili is now the only remaining hardline group within the coalition. This places Usupashvili in a precarious position.

Immediately prior to the split, Usupashvili seems to have attempted a mediation between Alasania and the pragmatists in an effort to prevent this outcome. Commenting on the situation to reporters, he stated that the split was caused by the fact that “all main participants of the process have wittingly or unwittingly hurried up excessively.” He also regretted the departure of Alasania and the Free Democrats as an “important loss.”

Meanwhile, Usupashvili’s wife, Tina Khidasheli, openly criticized Garibashvili’s remarks on Alasania, placing the Parliamentary Speaker in an even more difficult spot. In spite of this, Usupashvili is unlikely to step down from his post for now.  Further, he does not represent a seriously destabilizing factor for the ruling coalition in the way that Alasania did.

Reactions on the Alasania scandal from aboard have varied. In the US, State Department spokeswoman Jen Psaki expressed “strong concerns” about Alasania’s dismissal and about “political retribution” in Georgia. In Europe, Sweden’s recently dismissed ex-Foreign Minister Carl Bildt, one of the continent’s foremost anti-Russian hawks, warned on Twitter of a “grave political crisis” and that the “path of the country is under threat.” Bildt is not well-liked by the ruling coalition. Earlier this year, Garibashshvili accused him of being part of a “club of Saakashvili’s friends.” 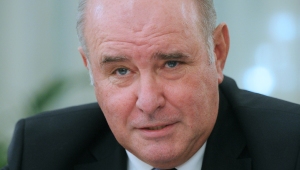 Meanwhile, Moscow has been reportedly watching events unfold with great interest. In an interview with TASS, Russian Deputy Foreign Minister Grigory Karasin remarked that “resignations taking place in the Georgian government, firstly, modify the government itself and secondly, it is important to understand how it will affect the Georgian government’s course.” He added, “we are watching closely and analyzing these developments.”

It is clear that Alasania’s future in Georgian politics will be greatly reduced. Despite his popular following, Alasania simply does not have the mass backing behind him needed to become a real competitor. Predictably, he completely rejected any cooperation with the opposition United National Movement (UNM), the party of Alasania’s bitter rival, Mikheil Saakashvili. Meanwhile, the prosecutions against the arrested Defense Ministry officials continue and Alasania has not ruled out potential investigations by prosecutors against himself. Overall, it was Alasania’s provocative actions and rhetoric that nearly led Georgia into political crises, both at home and in the region. Tbilisi’s pragmatists can be relieved to see his departure, in addition to seeing a political crisis averted.